Arrest Procedures in Korea: How can I possibly be detained in Korea?

Our law office is a firm specializing, among other areas of law, in criminal matters regarding foreigners. Our managing partner, Mr. Simon D. Lee, has been certified as an expert criminal defense attorney by the Korean Bar Association.

We will start a new series consisting of four articles that will be published throughout the next 4 weeks, where we will let in on the legal protocol that you should know when you find yourself involved in a criminal case in Seoul or South Korea.

This time, we will explain what situations can get you involved in a criminal case and what factors may lead to your detention.

1. The ways you can get involved in criminal cases.

2. Factors that may lead to arrest/detention

After you get involved in a criminal case in one of the ways described above, the investigative authority can carry out an investigation either with or without detaining you. If:

the chance of detention is high.

On the other hand, if:

the chance of the investigation proceeding further without detention is high.

Thanks for reading this post on “How can I possibly be detained in Korea?”. Next time, we will talk about ways to get released if you were detained and what you should keep in mind if you were lucky enough to stay out of a detention center for the period of investigation. Stay tuned! 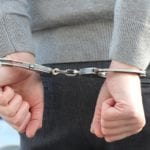