Detention and Release in Korea

Today we will take a look at the procedure that may let you get released if you were detained and how the investigation is going to proceed if you were not.

1. Ways to get released if you were detained

When you get detained, the arrest is usually made by giving you an arrest warrant or, if it is made during the act of committing offense (naturally, the Miranda warning is given during the arrest. These days investigators play a pre-recorded Miranda warning in English), detention warrant should be requested by the investigator within 48 hours. If it does not happen, the offender shall be released. If a detention warrant is requested, following the suspect’s questioning, the question of whether to grant a detention warrant (영장실질심사) should be decided in court. Then a public defender is appointed, however, the best way to avoid detention is to immediately hire a private attorney at this stage.

If the necessity of detention is confirmed by the judge, a detention warrant is issued and the foreigner is moved to the competent detention center where he or she, after undergoing a simple physical checkup, will be detained until the end of investigation and trial procedures.

There is, however, a habeas corpus procedure, i.e. a review of legality and validity of confinement (구속적부심) by the court, according to which it is possible to argue that there was no ground for a detention of the suspect, during which it is possible for the suspect to pay the security deposit and be released. At this stage it is also possible to hire a free public defender, however getting a private attorney will increase the chance of being released.

If you or your attorney request a review of the legality of the detention warrant, the judge should set a trial for reviewing the legality of confinement within 48 hours.

If the suspect is then indicted(after prosecution), his or her status changes from suspect to accused(undertrial), and the accused, by requesting bail, will again have a chance to deposit the bail amount and be released.

To sum up, a detained suspect get 3 chances in total to get released, before being issued with a detention warrant the suspect has to undergo the questioning process, then while in detention it is possible to apply for a review of the legality and validity of confinement and, lastly, the accused can request bail.

For you convenience, we created a diagram clearly demonstrating the process we have just described:

If a foreign offender is not detained, it means that 1) the investigator decided not to confine the offender from the very beginning and investigate the case without doing so; or 2) after arrest the investigator requested a detention warrant from a judge, but the latter decided to release the offender either after the questioning procedure or after reviewing the legality and validity of confinement.

Whatever was the reason, if the foreign offender ends up being investigated without detention, he or she can go back to normal life and will have to respond to the summons of the investigator. However, the offender still has to be careful, as if he or she avoids contact with the investigator or does not show up at the police station and other places on a certain date, a detention warrant may be issued to prevent the risk of fleeing, etc.

Of course, the best and most convenient way to be under investigation for both the offender and his or her lawyer, is without detention. From the point of view of the offender, it is convenient because it lets him or her get back to normal life, and it is also preferable for the lawyer because it allows for free, unrestrained meetings during which the lawyer prepares the case. It is true especially for cases when the potential offender denies the charges, because it lets the lawyer prepare well for the investigation and forthcoming trial, which slightly increases the chances to get an acquittal.

Next time we will tell you what to do if you receive a phone call from an investigator and how to prepare an initial interrogation. 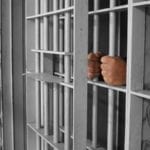