Pureum Law Office (PLO) head Simon Lee wrote an article on dual citizenship in Korea in Dual Citizenship Report, which is a world-leading authority on dual and multiple citizenships.

Since its publication, PLO has received numerous inquiries over the years in regard to the article, with those holding dual or multiple citizenships (as well as their parents) inquiring about the legality of citizenship “by birth” for themselves and/or their children. We, therefore, present herein answers to FAQs in order to share this valuable information with the foreign community in South Korea.

(Previously, the following article was found in Korea’s Nationality Act [enforced from Dec 22, 1976].)

Article 2 (Acquisition of Nationality by Birth)(1) Any of the following persons shall be a national of the Republic of Korea (ROK) at birth: A person whose father is a national of the ROK at the time of the person’s birth. Therefore, according to the Act above, even those whose mother was a Korean national at the time of their birth, would not acquire Korean citizenship if they were born before June 14, 1998 and if their father was a foreign national.

The law was changed on December 13, 1997 with the revised Act in effect since June 14 1998, so anyone born on or after June 14, 1998 is subject to the revised Act. Article 2 (Acquisition of Nationality by Birth)(1) Any of the following persons shall be a national of the Republic of Korea at birth: A person whose father or mother is a national of the ROK at the time of their birth. Therefore, those who were born on or after June 14, 1998 to a Korean parent, acquired Korean citizenship “by birth”, even if their father was a foreign national.

Here are some FAQs anent multiple citizenships in South Korea by birth status, based on specific examples:

Q1: I was born in the US on May 17, 1987, and at that time my father was a Korean national, however, my parents did not register my birth in the ROK. I still live in the US and have never been to Korea. The Korean government does not know about my existence. Is it still considered that I have multiple citizenships by birth?

A: Yes. Multiple citizenship status (that is, the acquisition of Korean citizenship in addition to some other citizenship) is acquired regardless of the registration of birth. Therefore, you acquired both Korean and US citizenship at the time of birth. According to Article 11-2, paragraph 1 of the Nationality Act, such a person will only be legally treated as a Korean national.

Q2: Is that so? I recently entered Korea on a US passport and the ROK government gave me permission to stay in the country for 90 days on a tourist visa. Doesn’t that mean that I am being treated as a US national?

A: Until your birth has been registered with the Korean government, there is a possibility that you can reside in Korea as a foreign national. At the time of your birth, you acquired multiple citizenship statuses, however, since your parents did not register your birth, the Korean government might not know that you are a Korean national, and thus they will only treat you as a US national since you entered South Korea on a US passport. If you want to be treated as a Korean national, you will have to have your birth registered via a Korean Consulate abroad or a Community Center, etc., in Korea, then receive your passport and enter the country on a Korean passport. However, since you still are considered to have obtained Korean citizenship at the time of your birth, there is a chance that the Ministry of Justice (Immigration Office) will eventually find out about your status. Once that happens, you will no longer be able to reside in Korea as a foreigner (i.e., you won’t be able to extend your visa), and you will only be treated as a Korean national.

Q3: I see. Still, I gained employment with a Korean start-up while residing in the country. Since I did not report my birth in Korea, can I change to a working visa as a US national or obtain a working visa from a Korean Consulate abroad and then re-enter South Korea?

A: It is possible but unlikely. When you apply for your visa, the official in charge will suspect that you are a dual citizen by looking at your appearance and family name. The official will then ask for your date of birth and the citizenship of your parents. If you reply, “I was born on May 17, 1987, and at the time of my birth my father was a Korean national”, the official will immediately tell you that you are a dual citizen by birth and will reject your visa application. Then the official will tell you that you can enter the country as a Korean national after registering your birth.

Q4: All of a sudden, I have to register my birth? But I don’t want to join the Korean military! Can’t I renounce my Korean citizenship and apply for a work visa as a US national?

A: For male Korean nationals, this is no longer possible, due to an amendment to the law — but this may be possible starting from October 1, 2022 in certain cases. According to the ROK’s current Nationality Act, males can only renounce their Korean nationality, if: 1) it’s done so before March 31 of the year they turn 18; or 2) after completing their military obligation, are assigned to wartime labor service, or receive an exemption from military duty.

In other words, if you or your parents did not renounce your Korean citizenship before March 31 of the year when you turned 18, you may only do so after: 1) fulfilling your ROK military obligation; 2) turning age 38 and being assigned to Korea’s wartime labor service.

Since you were born on May 17, 1987 and your parents failed to renounce your South Korean citizenship before March 31, 2005 (the year you turned 18), you need to either fulfill your military duties or wait until you turn 38.

Q5: That is messed up! My parents and I have been living abroad for most of our lives, we had no way of knowing that law. So if I want to come to Korea to study or work, I am also obliged to serve in the military? Also, I am now 34, so four more years until I turn 38, and the start-up in Korea won’t wait four years. Why is there such a law?

A: You’re right, this problem is not new, so on October 8, 2020 South Korea’s Constitutional Court adjudicated on the relevant provision of the Nationality Act and ruled it to be unconstitutional in a 7:2 decision. The Court thus ordered Korea’s National Assembly to amend the law by September 30, 2022.

Following that Constitutional Court decision, the National Assembly on April 26, 2021 announced that it was amending the Nationality Act, which states that even if a male Korean national did not renounce his nationality by March 31 of the year he turned 18, in exceptional cases he can still do so without fulfilling military obligations or waiting until turning 38 — “예외적 국적 이탈 허가제” – “special nationality renunciation permit system”. (We will explore the amendment further in a separate article.)

Q6: So what should I do, register my birth immediately and enter South Korea? But since I haven’t served in the ROK military, won’t I be conscripted upon entry?

A: You can be drafted. Once you turn 38, you will be assigned to the wartime labor service and no longer have military obligations. However, since you were born on May 7, 1987 and are 34 years old, you are subject to conscription after registering your birth in Korea.

As such, you might be able to postpone your military duty through either of two policies: 1) second generation overseas Koreans – 재외국민 2세제도; or 2)  overseas travel permit – 해외여행 허가. If you qualify for either policy, you will be able to postpone your military duty until turning 38 years of age. However, please note that under “second generation overseas Korean” status you cannot reside in South Korea for more than three years, while under “overseas travel permit” you cannot reside in the country for more than 6 months or engage in commercial activities.

(We will break down each policy in a future article.)

How to Renounce Korean Citizenship

A: The answer depends on whether or not you are eligible for “second generation overseas Korean” status (A) or if you can meet requirements for the special renouncement provided for in the amended Nationality Act that will be enforced from October 1, 2022 (B).

If you meet requirements for both A and B and obtain “second generation overseas Korean” status, you may enter the country and renounce your Korean citizenship after October 1, 2022, then you will be able to apply for a re-entry visa.

If you only meet requirements for A, then you can obtain “second generation overseas Korean” status and depart the country before your overall stay reaches three years (this includes any previous stays). Then wait until you turn 38, renounce your South Korean citizenship, obtain a visa, and then re-enter the country.

If you only satisfy requirements for B, you can wait until October 1, 2022, renounce your Korean citizenship in accordance with the amended Nationality Act, obtain a visa, and then enter the country.

If you cannot satisfy requirements for either A or B, then wait until you turn 38 to renounce your Korean citizenship, obtain a visa, then enter the country.

Q8: Understood. Then once I renounce my Korean citizenship, can I apply for an F-4 visa (overseas Korean visa)? I heard that it is the best one for overseas Koreans who want to stay in Korea.

Q9: Can I restore my South Korean citizenship after renouncing it?

A: As long as you DO NOT fall under the list of exceptions (e.g. if you are a “person who inflicted harm on the State or society”), you can regain your Korean citizenship via a process called “reinstatement of nationality”. Your citizenship will be reinstated after you take an oath in front of the South Korean Minister of Justice and receive a Certificate of Reinstatement of Nationality.

Here is the relevant legal provision:

(2) The MOJ shall not allow any of the following persons to recover his/her nationality, after screening a person who has applied for the recovery of nationality:

Q10: So what happens to my US citizenship after I recover my Korean citizenship? Can I be a dual citizen?

A: In principle, dual citizenship is not allowed, so you will be given one year to renounce your US citizenship.

However, if you are recognized as a person who, “contributed greatly to the ROK” or “contributes to the national interests of the ROK who possesses excellent ability in a specific field (science, economy, culture, sport, etc.) or is over 65 years old can retain their US citizenship if they “vow his/her intention not to exercise his/her foreign nationality in the ROK to the MOJ” (Article 10, paragraph 2 of the South Korea Nationality Act).

We have addressed the basic rules and FAQs about dual citizenship by birth in the ROK. If you have any questions, please contact us using the form below. PLO will also answer questions on whether or not you satisfy the requirements for renunciation under the special nationality renunciation permit system as per the amended Nationality Act that will be enforced from October 1, 2022. If you are interested, please follow this link. 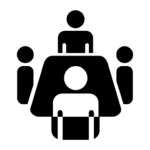