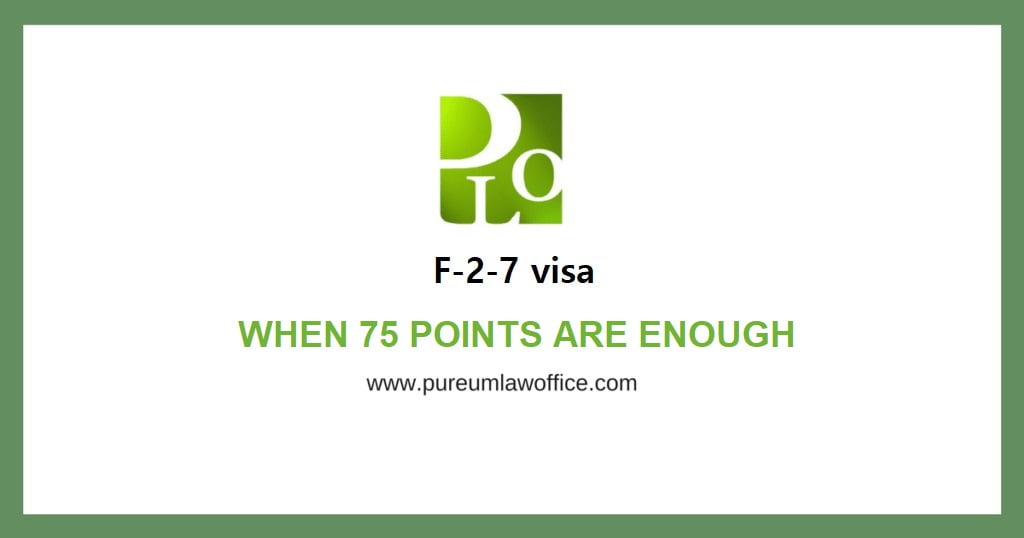 Many foreigner nationals are probably aware of recent changes made to South Korea’s  F-2-7 visa point system, but many aren’t aware that 75 points are enough for the Korean F-2-7 visa. The Korean Immigration Office is now giving significantly fewer points in categories as such education and age, but while also raising the number of points assigned based on the level of income, which has jumped in some instances by as much as tenfold. Even though this benefits certain groups of foreigners residing in Korea, the new system has inevitably made it more difficult for many expats to reach the 80-point threshold, which has raised consternation and protests by non-citizens and embassies.

These new rules have made the already quite intricate F-2-7 visa even more complicated due to the introduction of numerous additional eligibility conditions and exemptions. So, who is eligible for the Korean F-2-7 visa? One must have resided in South Korea under the same visa for three consecutive years, although there are several exemptions, including: 1) official recognition of talent by the Korean Ministry of Justice; 2) earning over KRW 40 million annually; 3) having received a degree from a local Korean university — see below for further details regarding types of degrees and point allocations; or 4) students with a combined three years under a D-2 student visa and a D-10 job-seekers visa.

Given the above, we would like to draw everyone’s attention to a minor but important exemption that may be crucial for those who are unable to obtain enough points under the new system. While keeping the minimum threshold of 80 points, the Immigration Office has provided a more lenient standard for those who already had their F-2-7 visa as of December 1, 2020.

Thus, foreigners who obtained their F-2-7 status before the abovementioned date can extend their F-2-7 visa, even if they only have as few as 75 points. This rule is set to remain valid until November 30, 2021, so we hope that those who plan on renewing their status before that will be able to make use of this temporary exemption.

If you are unable to apply for and receive the F-2-7 visa ahead of the aforementioned deadline, you should make yourself aware of other means to meet the 80-point threshold. As such, we would like to highlight several opportunities to obtain “extra points” under South Korean immigration law. Still, 75 points are enough for Korean F-2-7 visa as of this publication date if meeting the stated criteria.

First, if you resided in Korea under a D-2-7 Global Korea Scholarship visa, you may be eligible for 20 points. Second, recommendation by the Korea Government can also give one an additional 20 points, with the nondescript category enabling one to seek advocacy from any number of official entities for several worthy achievements. The third way to acquire additional points is under the KIIP system of Korea’s Immigration and Social Integration Network Soci-net.

Probably the most common method to gain additional points is by graduating from a Korean university, with points varying by degree type and if it was earned from a so-called excellent institution. Points range from 5, 7, and 10, respectively, for Bachelor’s, Master’s, and Ph.D. degrees awarded by “regular” universities, while “excellent” schools will bump these points awarded to 15, 20, and 30, respectively. Volunteering is another way to gain extra points, with the number awarded depending on how many years of service on has accumulated.

In contrast, there are several ways points will be deducted from your final tally. Hopefully this doesn’t apply to you, but one should be aware of this deduction system. Most of these negatives stem from any fines you may have incurred while residing in Korea, including for immigration violations, criminal acts, negligent traffic violations, and any other criminal behavior that didn’t result in deportation.

Thank you for reading this post on “75 points are enough for Korean F-2-7 visa”, be sure to visit our blog page for other useful articles and additional updates on the criteria regarding this and other visa types for foreigners residing in South Korea. 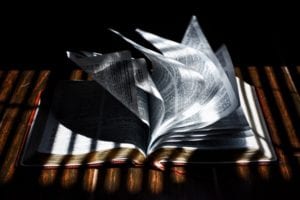