How to Get a Quick Easy Amicable Divorce Settlement in Korea

Sometimes things just don’t work out. You’re both good people, but somehow you drifted apart. Or maybe you just want different things out of the future. Regardless, Korea makes amicable divorce a relatively painless process. Here’s what you need to know:

The Meaning of “Amicable Divorce” or “Uncontested Divorce” – a Definition

There are multiple common terms for it: “amicable divorce”, “uncontested divorce” or “no contest divorce” – they all mean the same and the most important thing you might need to know is that it is the most optimal solution for those who want to save money, because unlike in case of litigation where you have to battle in a courtroom for months, it is possible to finalize your divorce without hiring a divorce lawyer if your knowledge of Korean is good enough to conduct all document submissions by yourself. If you can come to an agreement before you go to the judge to finalize the divorce, then you can get an amicable divorce.

How Long Does an Uncontested Divorce Take?

An uncontested divorce typically takes around 1 month to get finalized, provided, that you have no children and you and your spouse have reached an agreement on all major points of separation (place of divorce, property division, monetary compensation if any). However, if there are children involved, the minimum length of the divorce procedure will be 2 – 3 months.

What If We Were Married Abroad?

We are quite experienced with couples who are both non-Korean and were married abroad. As explained in our other article here, if you spent most of your married life in Korea, if you have a child born in Korea, etc., you will be able to get a divorce in Korea as well. As for whether your divorce will be recognized in another country or not, it will depend on that particular country’s laws and regulations. Sometimes there are additional procedures that have to be carried out after the divorce (like Embassy notification) and sometimes a divorce decree received in Korea will be recognized in other countries without any need for a separate report of divorce. However, in the end it will depend on that country’s laws and regulations.

What About My Korean F6 Visa?

If you are married to a Korean, and you would like to stay in Korea, you have to think about your visa status after you get divorced. If you want to keep your F-6 visa and you can prove that the marriage breakdown is majorly your Korean spouse’s fault, you should opt for a trial divorce instead of amicable divorce. The sojourn manual provided by Korean immigration office still says the marriage breakdown shall be 100% your Korean spouse’s fault to keep F6 but recently the Korea supreme court ruled that you can keep your F6 as long as the Korean spouse is majorly responsible for the marriage breakdown. We expect the sojourn manual will start reflecting the supreme court decision’s ruling pretty soon.

How Do I Get Divorced If I’m in the US Military and Stationed in Korea?

There are some peculiarities in divorce proceedings for US Military service members in the US Army, Navy, Air Force or Marines, but in case of divorce by agreement or by mediation (amicable divorce), they are eligible to get divorced on the same basis as other foreigners in Korea.

What About Child Custody or Guardianship? or Alimony?

Child custody and support must be mutually agreed to in an uncontested divorce. This can often be the issue that forces people to get into a costly legal battle because one spouse or the other refuses to give up primary custody.

Alimony in its narrow sense as spousal support is not envisaged by the Korean law, which is why you cannot ask for it if you divorce by trial, however in case of an amicable divorce, if your agreement that both you and your spouse agreed to contains conditions regarding spousal support, such an agreement will be accepted by a Korean court.

Can I Get an Amicable Divorce in Korea Without a Lawyer?

Sure. Since amicable divorce has the easiest and simplest procedure, if your knowledge of the Korean language is good enough to prepare and submit all necessary documentation, you do not have to hire a lawyer. However, as international divorces, even the ones where both parties agree to it, can be quite complicated, we would still recommend to receive a legal consultation before submitting the paperwork.

How to Choose a Lawyer for an Amicable Divorce

Here are some basic questions to ask when deciding on a divorce attorney:

Thanks for reading “How to Get a Quick Easy Amicable Divorce Settlement in Korea”. Stay tuned, more useful information coming soon on our blog post! 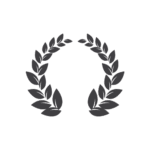