A Crime of Violence in a State of Intoxication – South Korea

This client was residing in South Korea under the USFK-ROK Status of Forces Agreement (SOFA). After departing his unit when finished working for the day, he proceeded to become intoxicated and threw a bottle of alcohol towards several people, thereby committing the crime of special violence in state of intoxication. The client was unable to recall anything about the incident, but the legal experts at Pureum Law Office (PLO) were able to secure CCTV footage (with some difficulty) of the incident. The footage confirmed that it was our client and that he had, in fact, done the act for which he was accused of.

The legal experts at PLO also contacted the victims of this incident and confirmed that they did not wish the client to be punished, thereby helping our client and having the case finalized at the police investigation stage.

If a foreigner or expat in South Korea commits a crime of assault or inflicting injury on the street, it is often the case that he or she does not have a recollection of the incident due to alcohol intoxication. In that is the case, there is a necessity for an objective assessment of the case. And if there really is a victim, it is only possible to obtain a positive outcome by doing one’s best to make a settlement with the victim. 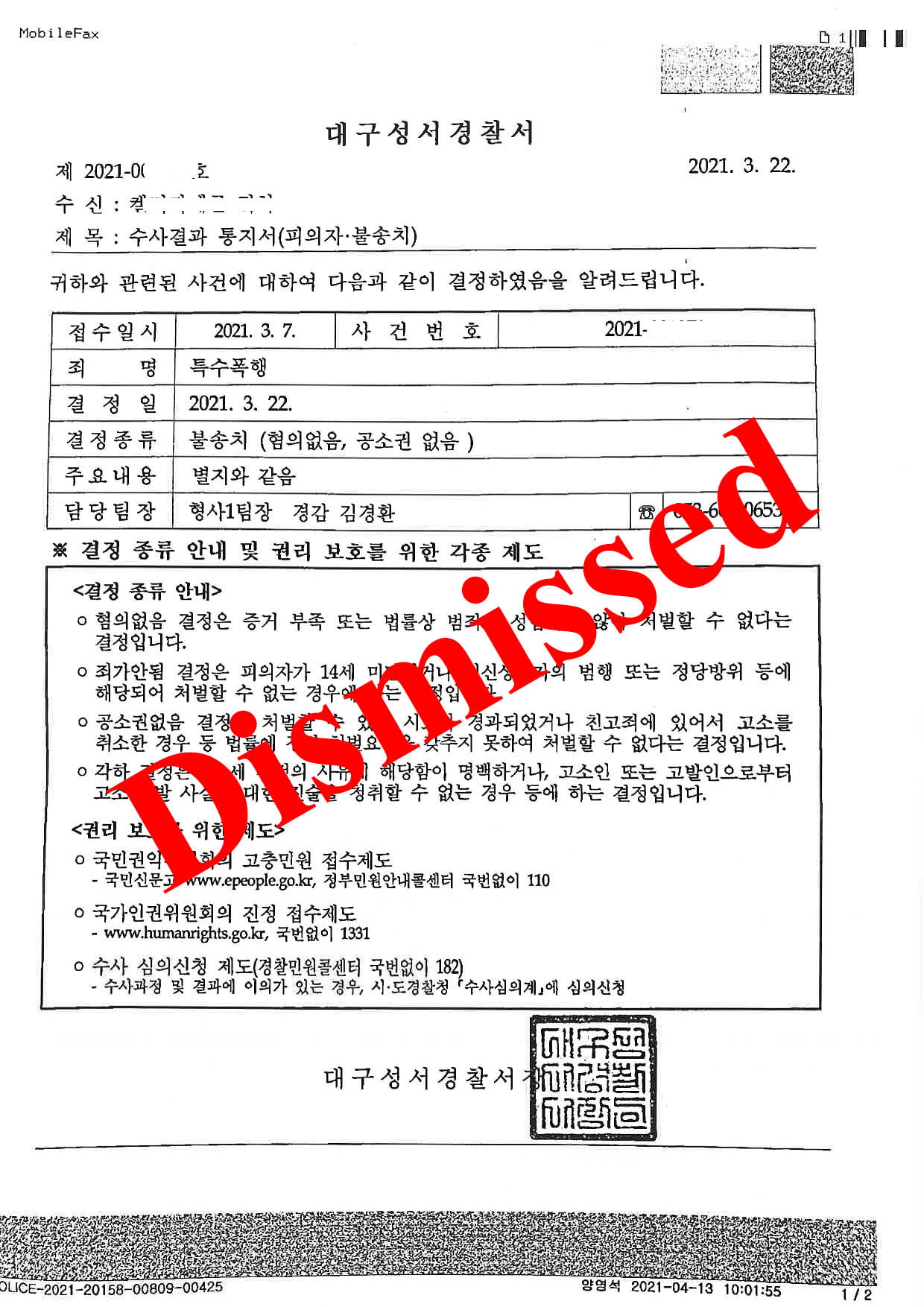