Acquitted after being charged with obstruction of justice – South Korea

Pureum Law Office (PLO) recently defended a foreign client who had been put on trial and falsely accused of violating South Korea’s Criminal Act and Immigration Act. Our client was eventually acquitted of all charges that had been brought against him, so we would like to share this case and hope that it can be useful to any foreigner or expat residing in South Korea who find themselves in a similar situation.

Our client is an Uzbekistan national who arrived in South Korea in 2009 to study, subsequently earning a Master’s degree. After he, with some difficulty, successfully secured employment, our client applied for and obtained an F-2-7 visa in August 2016.

However, the South Korea Immigration Office, based on groundless allegations that our client participated in an anti-government meeting in his country, claimed that he had violated the Immigration Act and committed obstruction of justice by using a fraudulent scheme and fabricating the fact of employment in the course of obtaining his point-based residency visa. The Immigration Office started an investigation against the client to force him out of Korea. The investigation, with the same charges, reached the trial stage. Our client had a record of receiving salary from his workplace for more than a year, but the investigation agency did not even ask for this record.

In the end, our client was tried in court, and our law office, by participating in the trial process and defending our client, won a sentence of acquittal on July 15, 2020. During the trial, some participants lied on the stand, such as the client’s former boss from his previous workplace, etc., but the court judges adjudicated the case wisely and acquitted our client.

Foreigners who are subjected to investigations and trials due to unfair circumstances because of their nationality, etc., should appeal against the injustice of the investigation process, and appoint a lawyer to fight for them during the trial. It is only then that it is possible to avoid unfair deportation by South Korean immigration authorities. 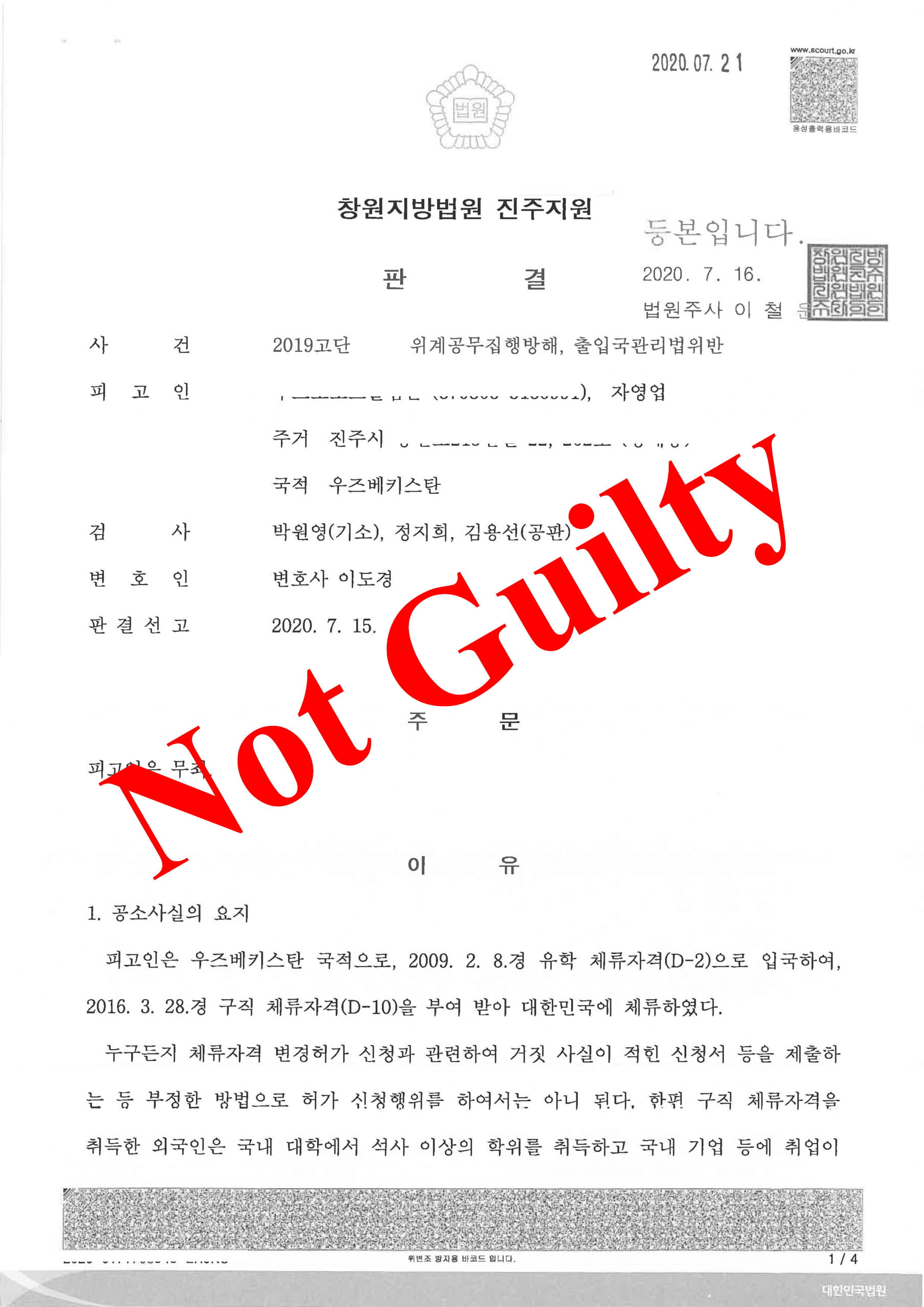 Thank you for reading this post, Acquitted after being charged with obstruction of justice, please see our other posts and pages for more legal information and tips for foreigners and expats living in South Korea.