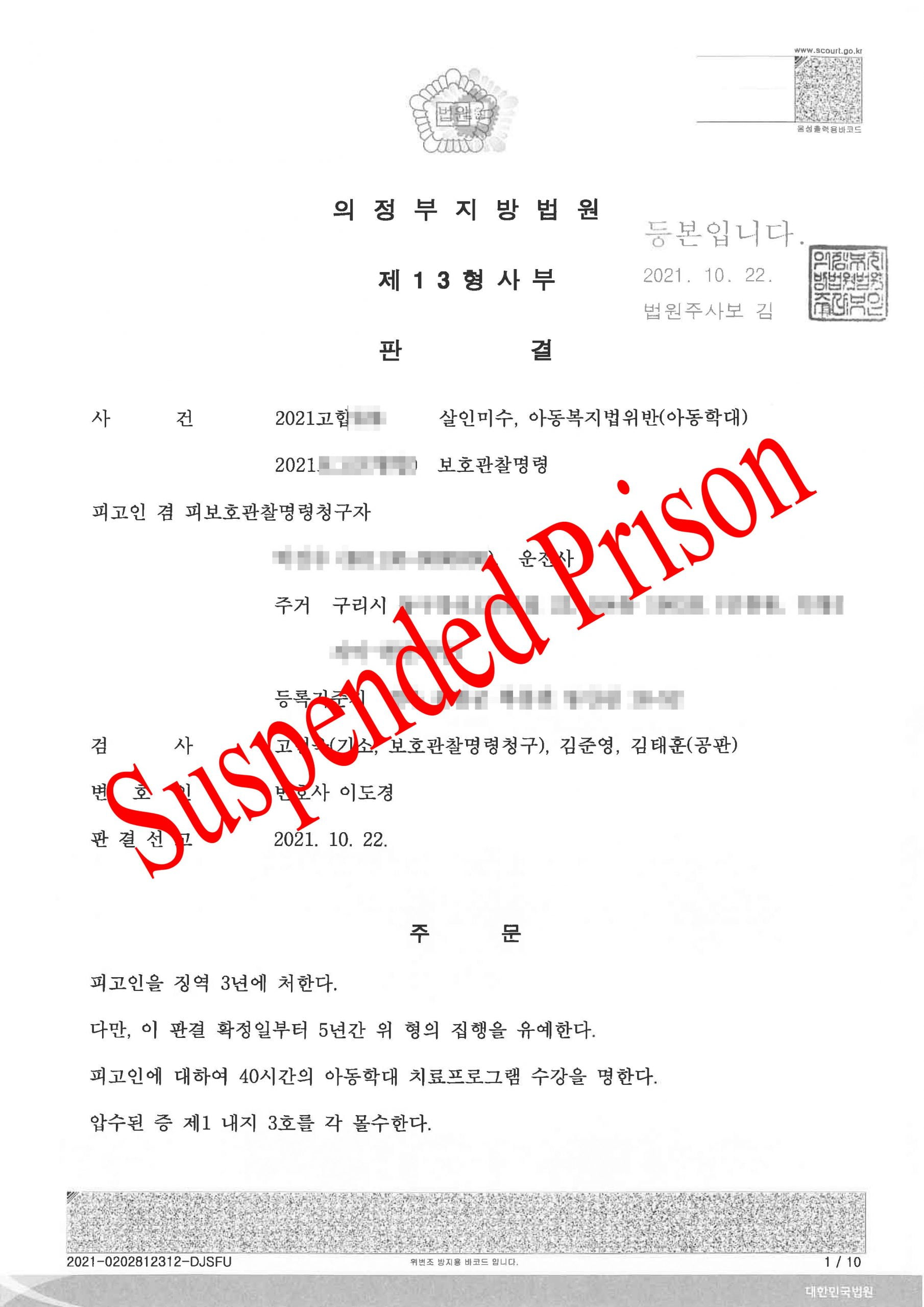 The client suffered from severe depression and attempted to commit suicide with his son, but was unsuccessful and was investigated and tried for the attempted murder of his son.

Pureum Law Office did its best to defend the client, stating the client’s mental problems, addressing to the court that there is no possibility of recidivism to the client, and helping the client get sentenced to probation rather than imprisonment.

After the sentencing, the client was released from the detention center and has been well treated at the mental hospital while rebuilding the relationship with the son.