Civil Lawsuit in Korea(Confirmation of non-existence of debt) 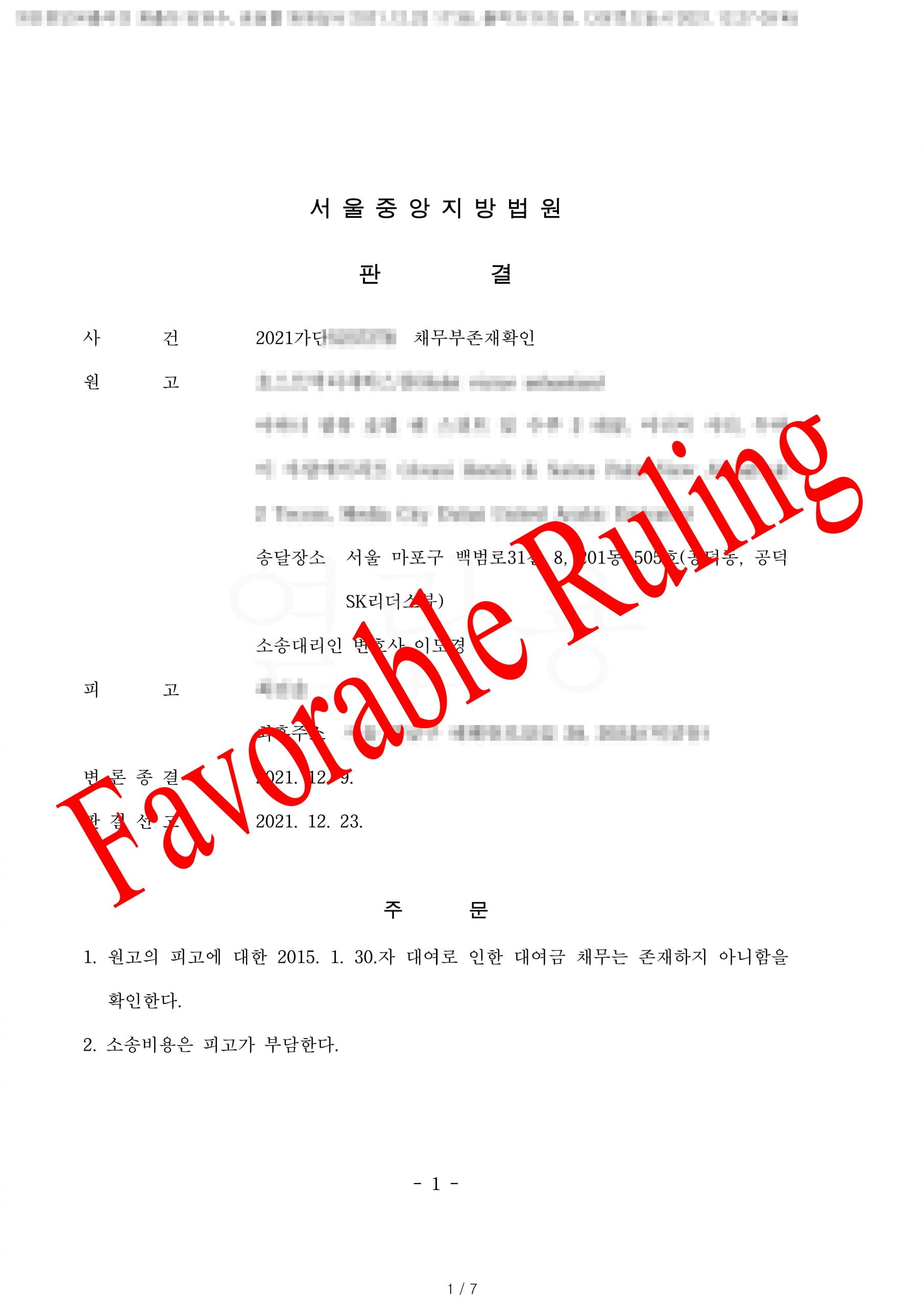 The client’s ex-girlfriend has repeatedly demanded that the client repay the borrowed money, and even brought a civil action against the client (dismissed because it was not served).

Accordingly, the client hired Pureum Law Office and actively filed a lawsuit against the other party to confirm the absence of debt, and was able to win.

PLO has since offered to help the client obtain litigation costs including the attorney’s fee from the other party.