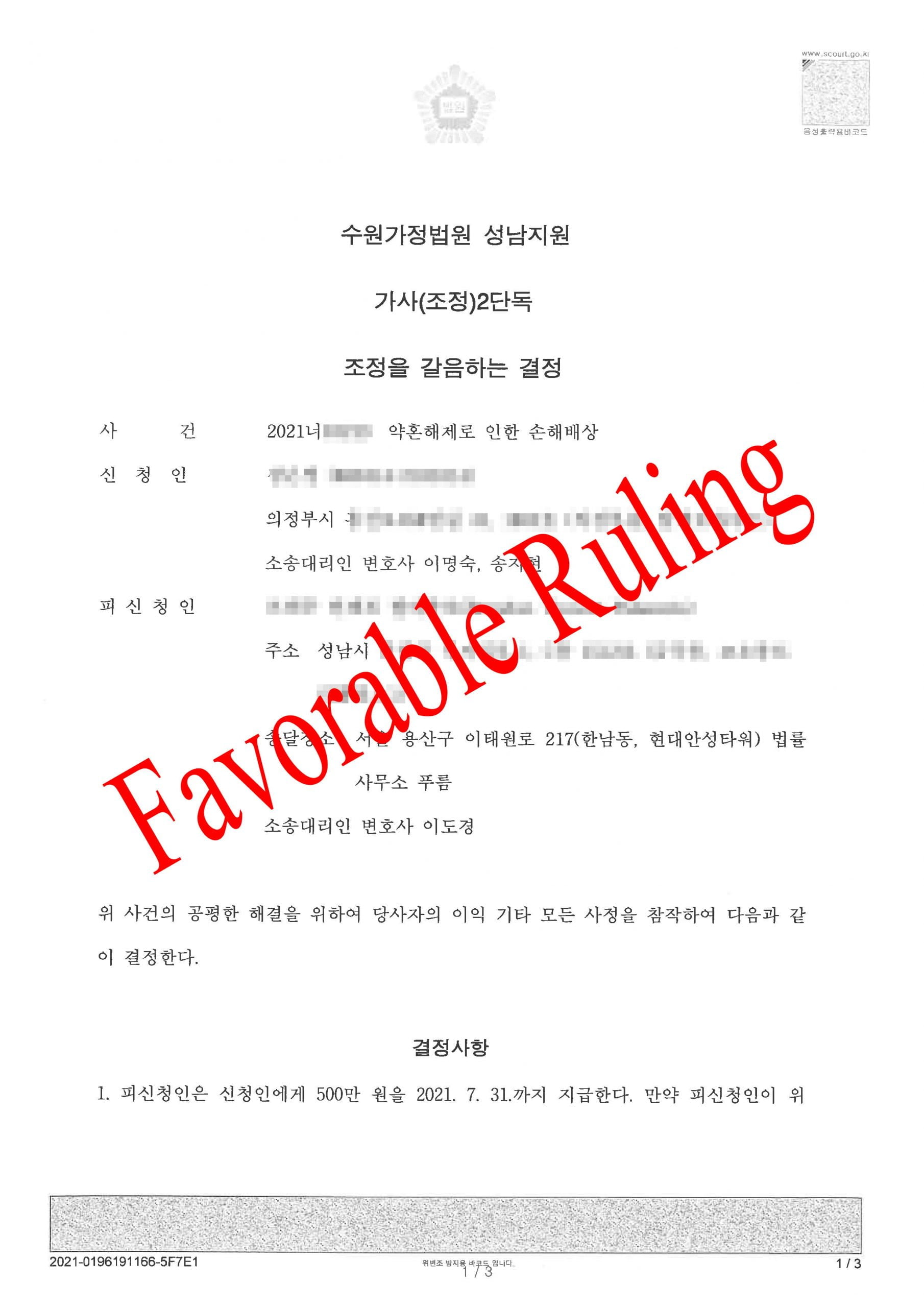 The client was a foreign man who was engaged to a Korean woman, and the woman became pregnant, but after breaking up with the woman due to frequent quarrels, she was eventually sued for damages from the woman who had a miscarriage.

The woman used her parents to make various threats, such as threatening to kill the client, and while the client felt serious psychological pain, he was sued for damages from the woman.