This client became intoxicated in Seoul’s Itaewon area and drove to his home, but a person in another vehicle reported to the local South Korean police that our client appeared to be drink driving. Several police officers arrived at our client’s house, but without an interpreter present, and proceeded to request that he take a breathalyzer test — used to calculate how much alcohol is in a person’s blood, or blood alcohol concentration (BAC). The client repeatedly refused to take a breathalyzer test and ended up being charged for failure to comply with a sobriety test.

In the end, the South Korea prosecutors agreed with arguments made by the legal experts at PLO and did not prosecute our client given a lack of evidence.

In DUI cases, many foreigners and expats in South Korea feel guilty about driving under the influence of alcohol, so they end up being punished as a result of illegitimate investigative actions. However, if you hire an attorney that has substantial experience in DUI cases, it is possible to avoid punishment, even if one were intoxicated.

Thank you for reading this post on DUI case with no punishment in South Korea, be sure to read our other posts for more useful tips and legal advice. 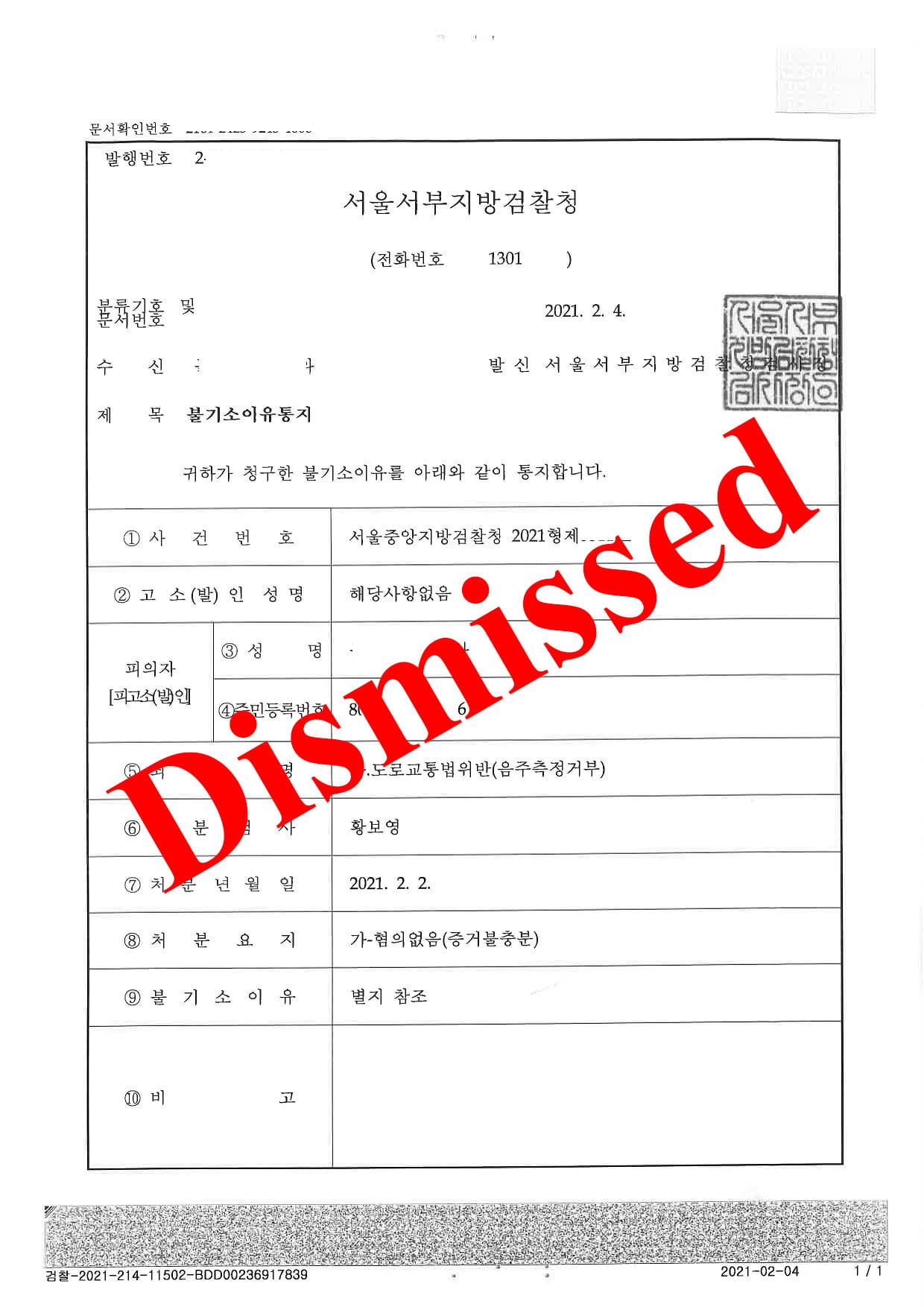