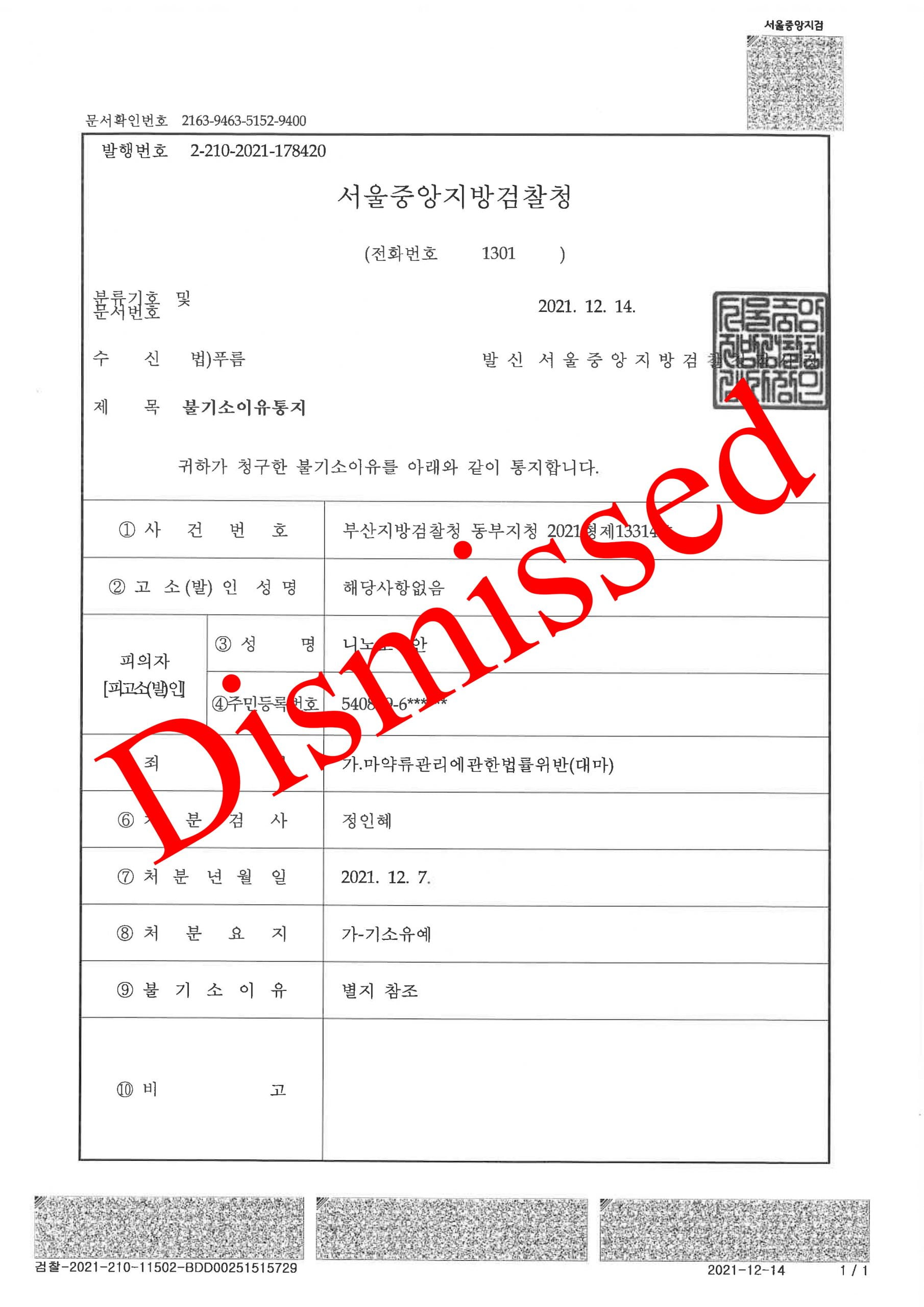 The client imported various foods containing hemp to Korea with the help of a friend from the United States.

The client appointed Pureum Law Office from the investigation stage and defended herself by doing her best with PLO’s assistance, and PLO also submitted an opinion letter from the prosecutor’s office to actively assert that the client imported the product for the purpose of treatment.

In the end, the prosecution decided to suspend the indictment for the client, and after that, Purum continued to help the client during the immigration check, and immigration gave the client a generous disposition to continue to stay in Korea.