Probation for selling marijuana in Korea

The client in this case is a person who had been selling marijuana (cannabis) in South Korea for several years. Eventually, one of the persons our client had been selling the illicit substance to was arrested for possession, and that person gave up the name of his dealer (our client). Subsequently, this led to our client coming under investigation for selling (or dealing) marijuana, which is a crime in South Korea.

The legal experts at Pureum Law Office (PLO) made arrangements so that our client could be investigated without being detained. Our key argument was that his abode was fixed and that he was therefore not a flight risk. PLO also strongly asserted that the client was helping with the investigation, so we were able to obtain a probation sentence for selling marijuana in South Korea by the court that avoided imprisonment for the client.

In illegal drug cases, the chances of actual imprisonment in South Korea are quite high, especially if it is not just a matter of merely consuming marijuana (cannabis), but if one is found guilty of selling (dealing) the illicit substance. In the case of selling illegal drugs, those found guilty are almost always detained and end up receiving jail or prison sentences.

In you ever find yourself in situation such as this, you may be able to minimize or avoid being detained or serving time sentence by hiring an experienced attorney. 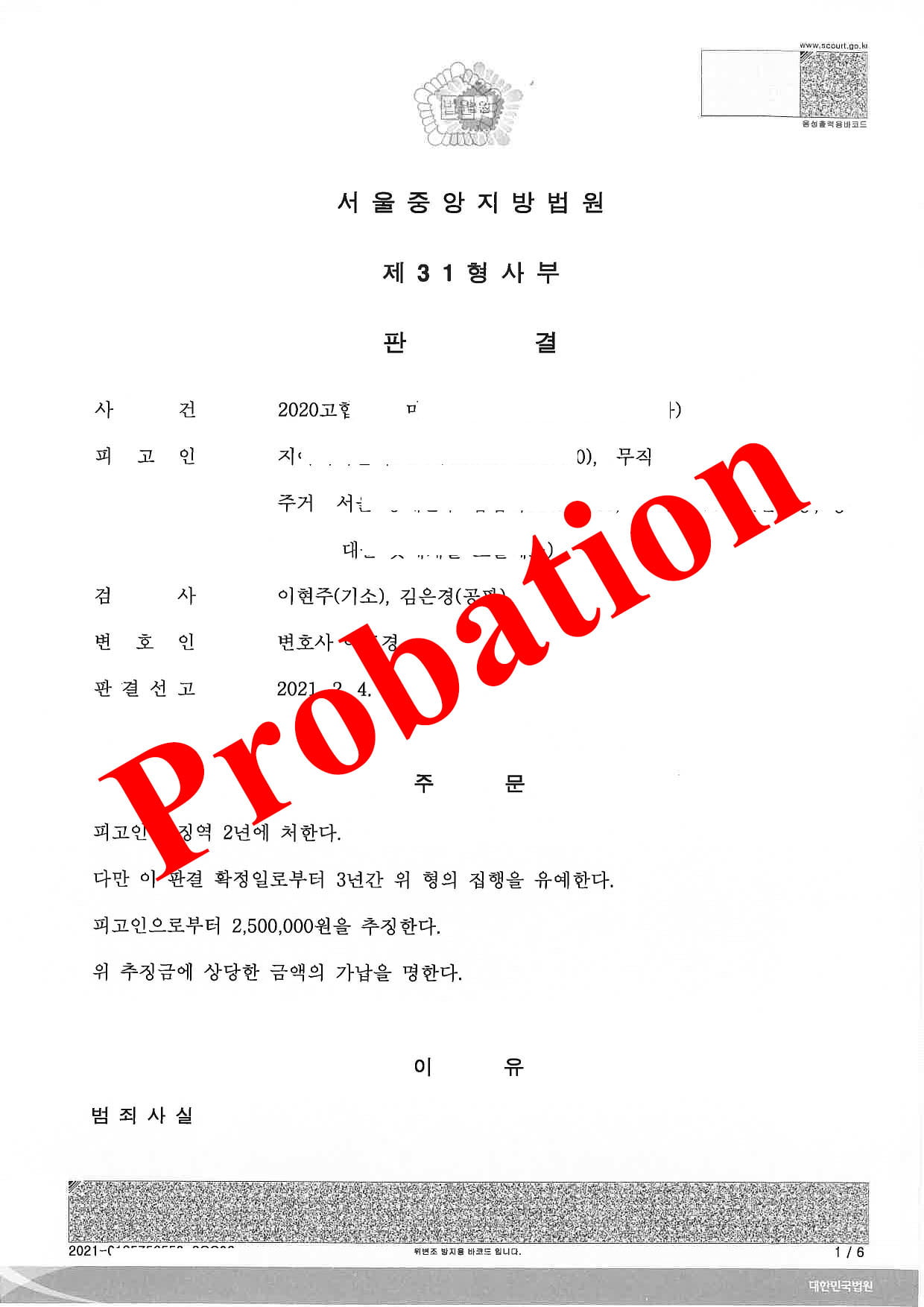 Cannabis in South Korea is illegal for recreational use. In November 2018, the country’s Narcotics
Control Act was amended and use of medical cannabis became legal, making South Korea the first
country in East Asia to legalize medical cannabis.
While cannabis use has risen in South Korea since the 1970s, it remains far less popular than synthetic
drugs such as methamphetamine; of 11,916 people arrested for drug crimes in 2015, only 1/100 were for
cannabis-based drugs.

Cannabis was an important crop in ancient Korea, with samples of hempen fabric discovered dating back
as early as 3000 BCE. The traditional sambe cloth, an ivory colored fabric, is made from hemp. In
addition to its use as fabric, the hemp seed was thought to have medicinal qualities such as a laxative.

Use of medical cannabis is legal with the approval from the Ministry of Food and Drug Safety. Currently,
the ministry only allows Epidiolex, Marinol and Sativex. The plant itself alongside its natural derivatives
and extract, despite legal under the law, has yet to be approved.
Prior to obtaining the drug, patients are required to apply to the Korea Orphan Drug Center, a
government body facilitating patient access to rare medicines, after receiving a doctor’s prescription.
Approval will be granted on a case-by-case basis.
The import of the drug is set to begin in early 2019, according to the ministry.
Despite the reform, recreational cannabis remains strictly forbidden by the law. A violation is punishable
by up to five years in prison or a fine of up to 50 million won, about $44,000.
South Korean authorities have repeatedly warned their citizens that they are subject to their country’s
criminal code no matter where they are in the world and advised them to refrain from using cannabis
abroad.

Cannabis has been a source of fabric for Korea since ancient times, and as recently as the 1930s hemp
was grown in every province of Korea, particularly in the south where it grew best. In the late 1950s,
9,000 hectares of hemp were cultivated in South Korea.

A Korea Times article published in the year 2014 noted that despite risks of a prison sentence of up to five years or a fine of
up to 50 million won ($48,000), cannabis could be easily bought in South Korea by contacting dealers on
the Internet. Its journalist noted that according to dealers, cannabis sold for US$30–50 per gram.