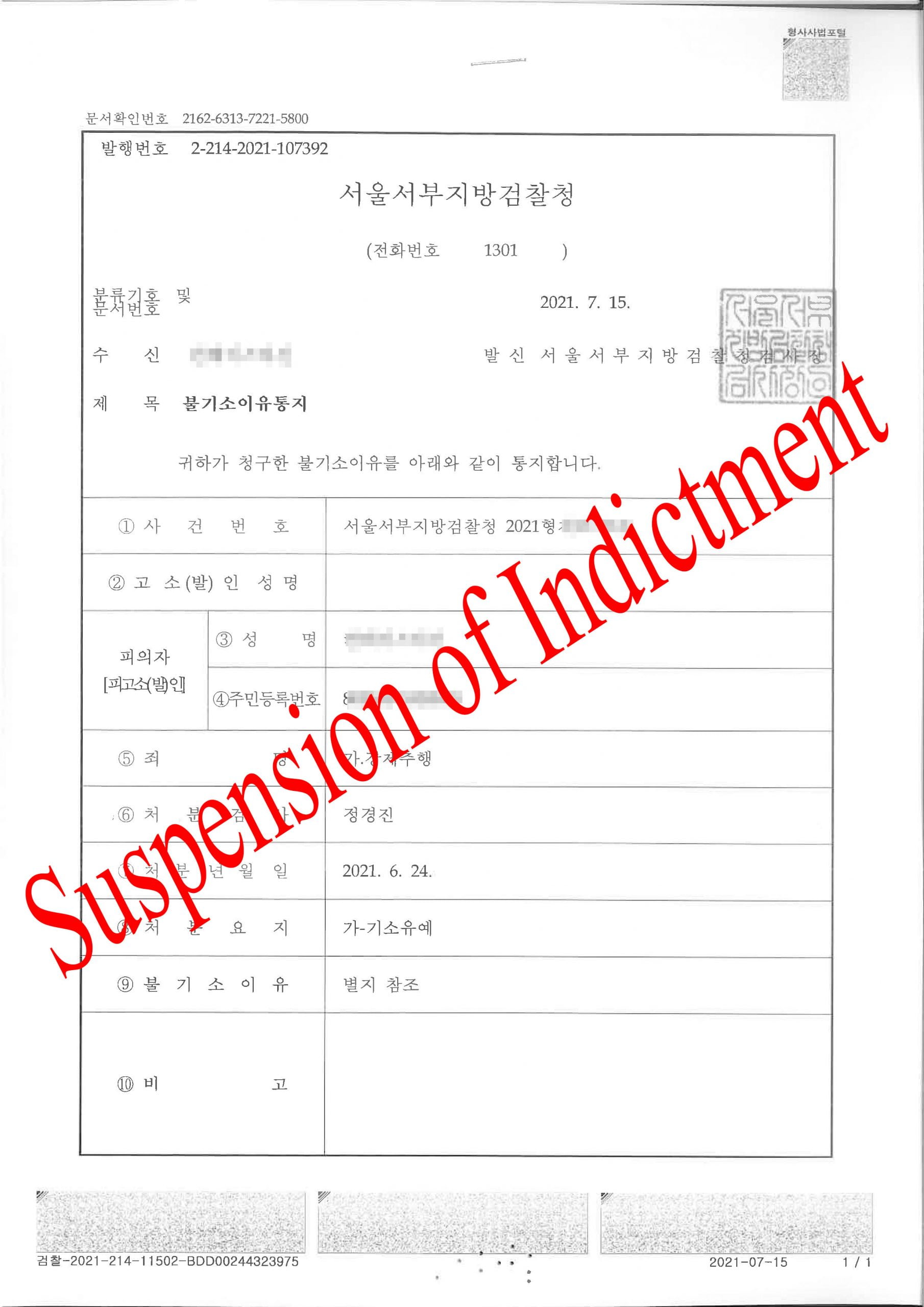 The client started being investigated by the police for forcible molestation for touching a woman’s butt at a bar in Itaewon.

The client’s case was sent to the prosecution stage, and the client appointed Pureum Law Office and strongly denied his own fault due to lack of recollection.

However, through in-depth discussion with the prosecutor, Simon Lee began to encourage the client to confess after realizing that the prosecutor had fatal evidence for the client.

The client also listened to Simon’s advice, admitted to the crime, and with PLO’s help, reached an agreement with the victim, and received the lowest disposition from the prosecution, suspension of prosecution.

After the criminal case was closed, Simon visited the immigration office with the client and succeed in helping the client stay in Korea.