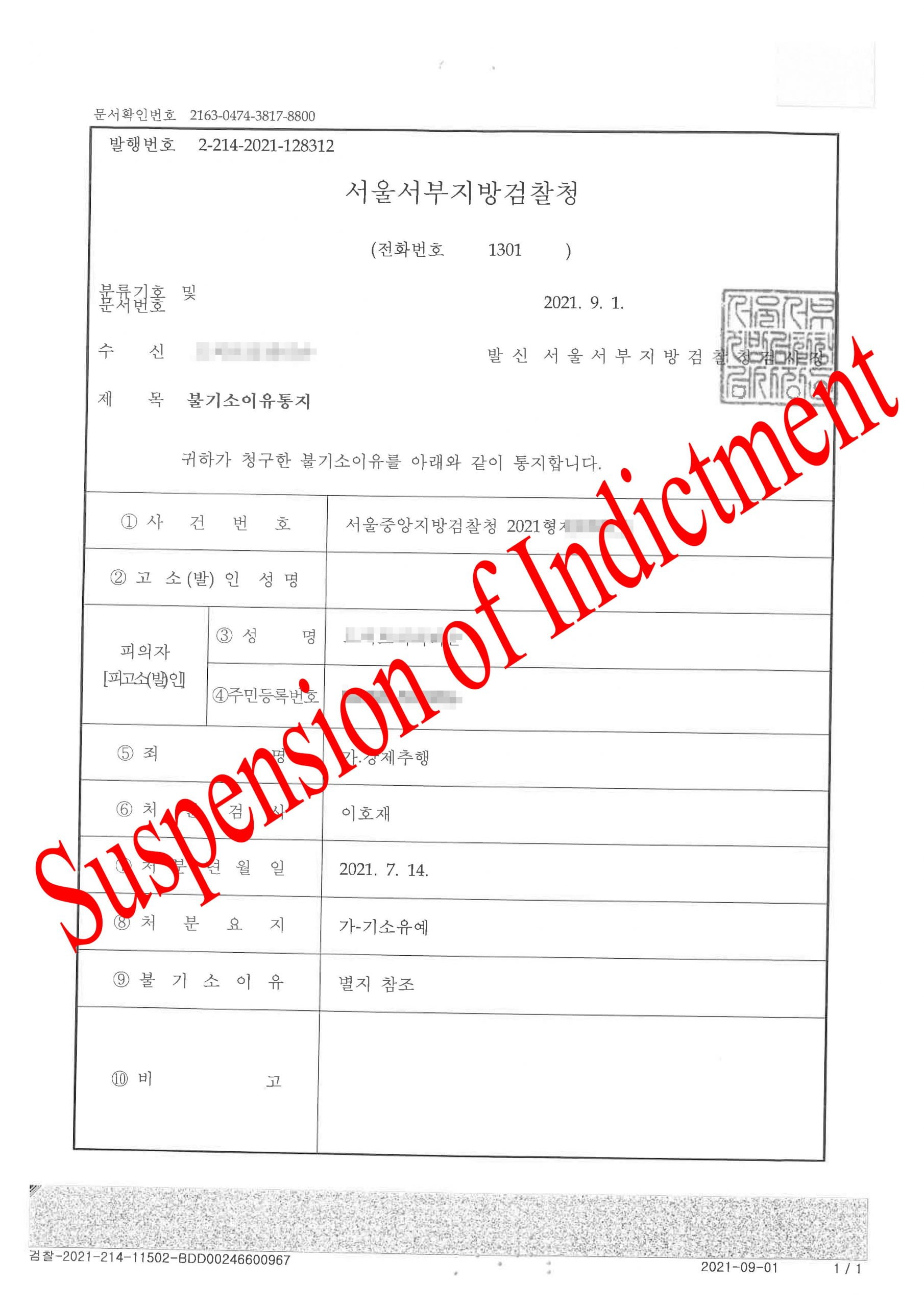 The client was intoxicated at a friend’s house and was investigated by the police for forcibly molesting a woman on the way home.

The client said he had no memory of her actions, but when he saw CCTV from the police, he found out that he had molested her by touching the buttocks of a woman waiting for a taxi on her side of the road.

The client is a foreigner with a Korean spouse, and it was necessary to minimize her punishment because if he was punished for a sex offense, he would be deported or ordered to leave the country.

In the end, the client was able to receive a suspension of the indictment, which was the lowest punishment.