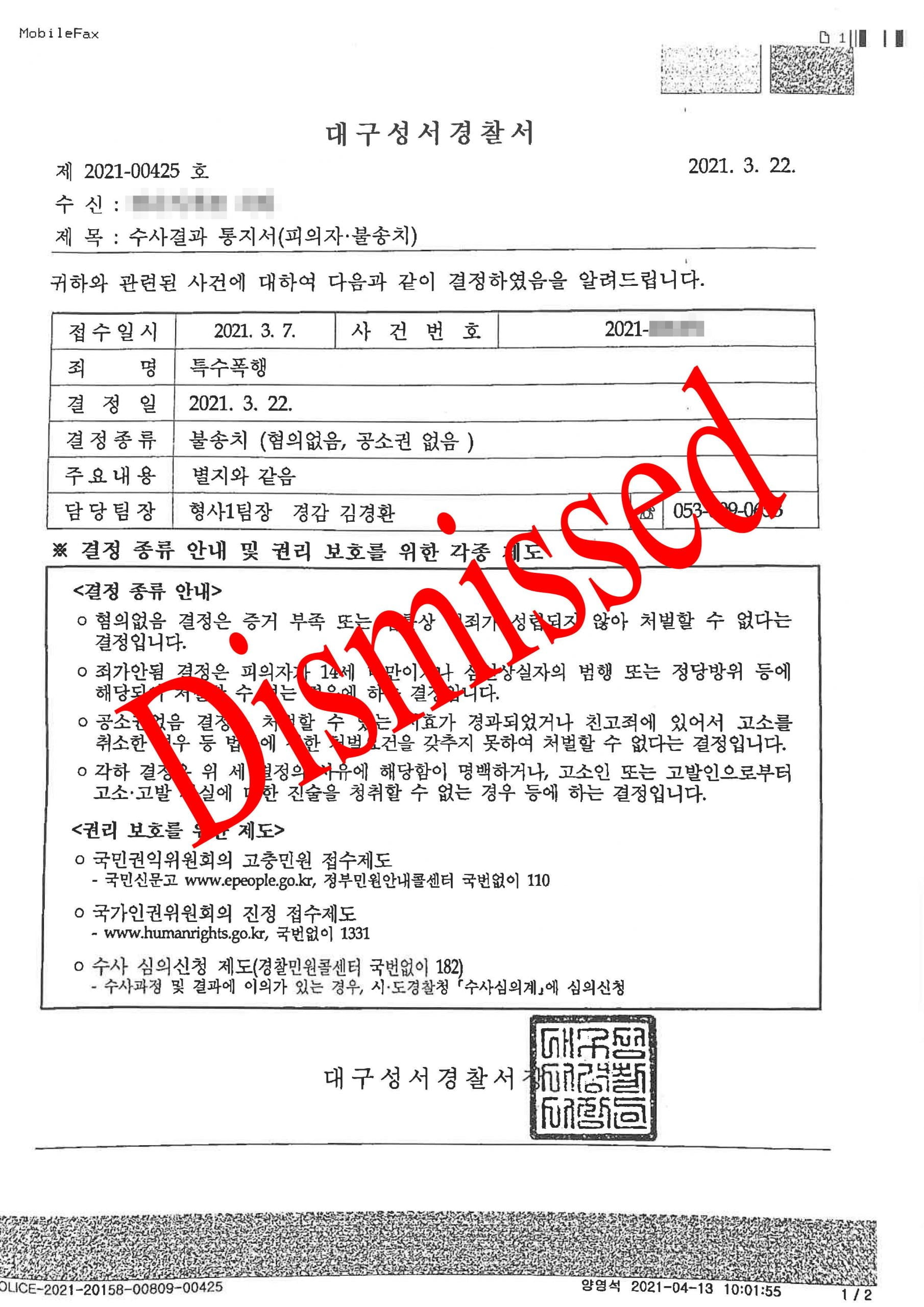 The client is a U.S. Army specialist and is subject to the SOFA agreement, but the case occurred outside of work, and the Korean Criminal Code was applied.

The client was drunk and had an argument with Koreans on the street, threw a bottle of soju at a Korean, and was arrested at the police station for a special assault and then interrogated.

Pureum Law Office did their best to assert that the client had no intention of assault and that the crime was accidental while intoxicated.