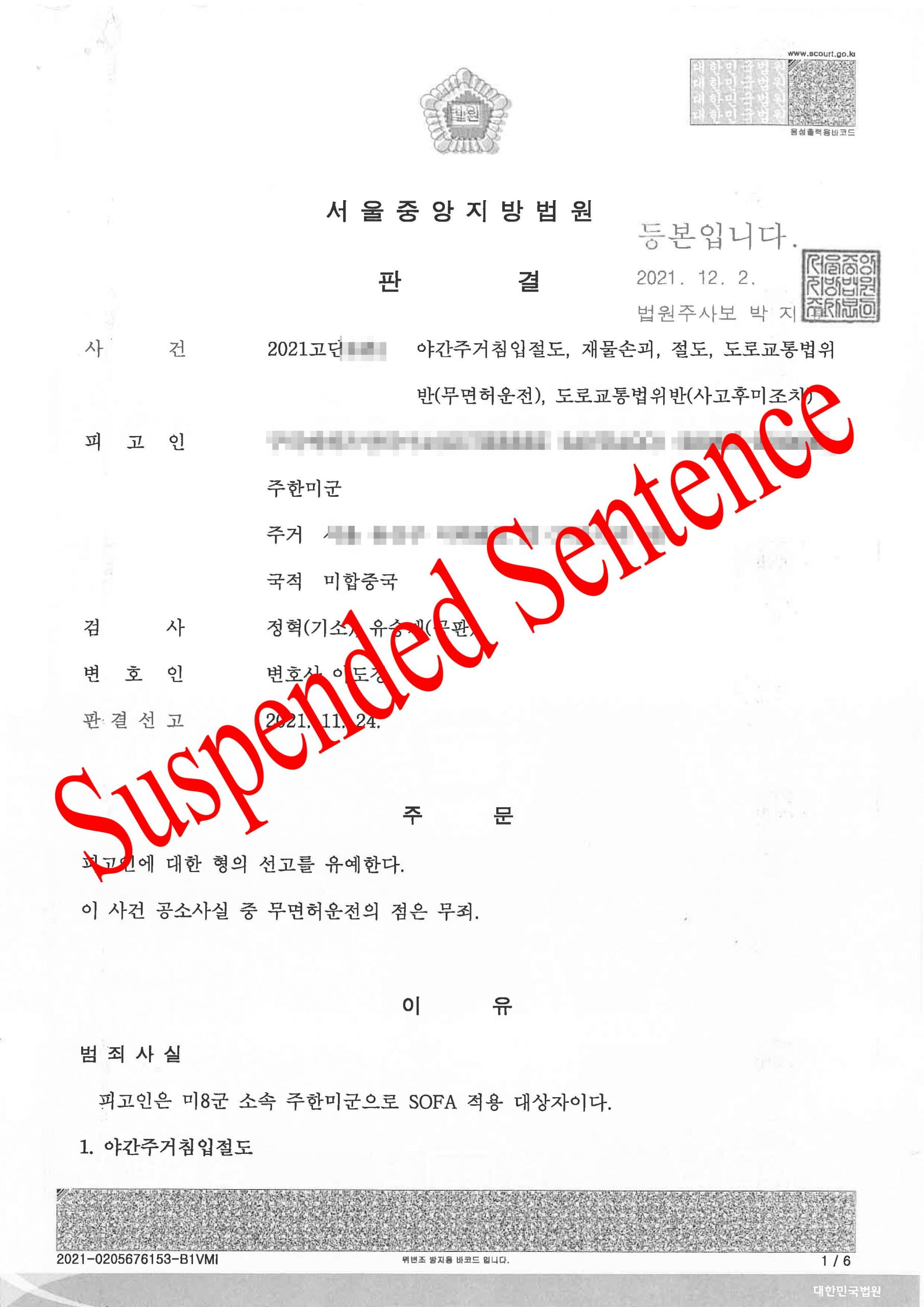 The client committed the crimes of attempted theft, property damage, nighttime home invasion theft, driving without a license, and violating the Road Traffic Act while intoxicated in Itaewon under SOFA status.

The client could not remember at all, but after checking the CCTV with Purem Law Office, he admitted all his faults.

PLO, on behalf of the client, succeeded in reaching agreements with the victims of all crimes, allowing the client to receive suspended sentences for attempted theft, property damage, night home invasion, and road traffic violations, and acquittal(not guilty verdict) for driving without a license.

The client was very satisfied with the results in the criminal court and received good results in the military court, and is currently serving in the U.S. military.