Specializing as divorce lawyers in Korea was not exactly our plan when we opened our offices in 2014 to help English-speaking foreigners with their legal problems.

By this point, however, Pureum Law Office has literally helped hundreds of foreigners with their separation and divorce process. Sometimes it has been as simple as a 1-hour consultation to help clear up the process. Other times it has involved challenging child custody battles and F6 visa issues to help them stay in Korea after the divorce.

This is the last in a series of articles we have written to help foreigners understand the implications of divorce in Korea. This series included articles on:

Can I Get a Divorce in Korea under Korean Law

Divorce Procedure and How Long it Takes

How to Get an Amicable Divorce in Korea

Refer to those articles for the basics. But now we’re going to discuss the most challenging cases, and what it means to face an acrimonious divorce in Korea. 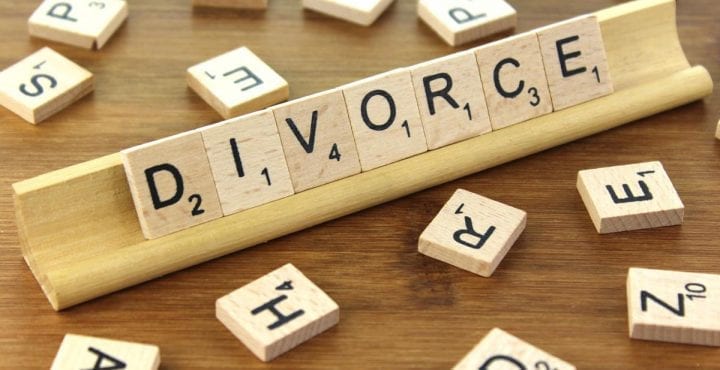 First off, you need to understand that most judges really hate to see divorce go to trial. In Korea, divorce by mediation is absolutely the preferred method of separation.

Legal Grounds for Divorce in Korea

Article 840 of the Civil Act of Korea stipulates the following. Article 840 (Causes for Judicial Divorce) Either husband or wife may apply to the Family Court for divorce in each case of the following subparagraphs:

1. If the other spouse has committed an act of unchastity;

2. If one spouse has been maliciously deserted by the other spouse;

3. If one spouse has been extremely maltreated by the other spouse or his or her lineal ascendants;

4. If one spouse’s lineal ascendant has been extremely maltreated by the other spouse;

5. If the death or life of the other spouse has been unknown for three years;

6. If there exists any other serious cause for making it difficult to continue the marriage.

Thus, in order for a Korean divorce lawyer to help you get divorced by trial under the Korean Family Law, you have to meet at least one of the requirements above. However, paragraph 6 has a very broad meaning, therefore most of the problems between spouses can be viewed as a legal ground for divorce under that paragraph.

One more important thing to know, the Republic of Korea follows the model of guilt-based divorce (Verschuldensprinzip) where, unlike in the countries with a no-fault divorce model, the party that is responsible for the marriage failure, cannot file a suit for divorce and it will be dismissed if it is filed. However lately there has been a tendency of granting a divorce based on a no-fault model.

1. The first ground for divorce is the unchastity of a spouse.

This requirement does not necessarily mean an act of cheating. According to the decision of the Supreme Court, “while including the notion of adultery, this concept is not limited to adultery per se and shall mean any kind of dishonest act pertaining to unchastity and implying unfaithfulness to the marital duty”. To be more specific, in the case where the spouse said to another person “I love you and want to be yours. I want to hold your hand until the day I die”, “I like you.”, “I want to go out with you.”, “I love you.”, etc., with a witness seeing that spouse kissing that other person and calling 394 times, the court ruled that such conduct can be regarded as an act of unchastity and therefore, constitute a ground for divorce to a Korean divorce lawyer. The statute of limitations for this fact is 6 months from the day another spouse found out about the act of unchastity or 2 years from the day it took place.

2. The second ground for divorce is malicious desertion by another spouse.

This ground is applicable when one of the spouses neglects his or her obligation to live as a couple, support and cooperate with each other without justifiable cause and abandons the other spouse. In the following case, where “a defendant neglected the duty to raise his child with a disability, got carried away with dancing and left home being absent 3 times, each occasion of absence lasting from 10 days to a month; then he received forgiveness from the plaintiff, but within 2 years he ran away again. The plaintiff asked for a divorce, but the defendant refused, so the plaintiff ended up leaving her house and becoming a nun, which led to their separation lasting for over 10 years.”, the Supreme Court ruled that a divorce was possible on the ground of malicious desertion.

The Supreme Court defined it in one of its cases where it stated that “coercion to continue the marriage is when a person assaults, abuses or insults another to the extent when it can be regarded as really cruel or severe”.

5. The fifth ground for divorce encompasses cases where the death or life of the other spouse has been unknown for three years.

Such a situation may arise when nobody knows whether the spouse in question is alive or not. This period starts from the time when it can be proved that he or she was alive, from the moment of the last contact with him or her. If it has been unknown for more than 5 years whether a spouse is alive or dead, according to Article 27 of the Civil Act and Article 53 of the Family Procedure Act, after undergoing the process of judicial declaration of disappearance and public summons, it becomes possible that the marriage is dissolved and from that time on the disappeared spouse will be considered dead.

6. The last ground for divorce is applicable when the inability to continue marriage does not correspond to any of the cases above.

However, for this ground for divorce to be valid, a spouse will have to file for divorce within 6 months starting from when he or she found out about the reason that renders the continuation of marriage impossible or within 2 years starting from the day when such a reason appeared. According to the precedents of the Supreme Court, it is possible to say that the marriage cannot be continued when “love and trust of the spouses that are supposed to be the foundation of a spousal relationship are destroyed to the point when they cannot be recovered and a forceful continuation of their marriage would cause unbearable suffering to one of the spouses”. To be more specific, the Supreme Court has ruled in the past that a refusal to have sex without a reason or incurable mental disease of one of the spouses can be deemed as reason that makes it difficult to continue the marriage, but inability to have sex (impotence) or curable mental disease cannot be regarded as such.

The divorce rate in South Korea in 2020 was 2.1 divorces per 1,000 inhabitants, slightly lower than the value of 2.2 in the previous year. While the marriage rate in the country is decreasing every year, the divorce rate does not show any signs of a decrease. This reflects a change in the country’s social norms; as the stigma attached to leaving a marriage becomes less significant, more people are deciding to get a divorce if they are unhappy in their marriage.

Next time are going to talk about the connection and interaction between a divorce and an F-6 visa, as well as alimony, custody and child-rearing expenses. Stay tuned!