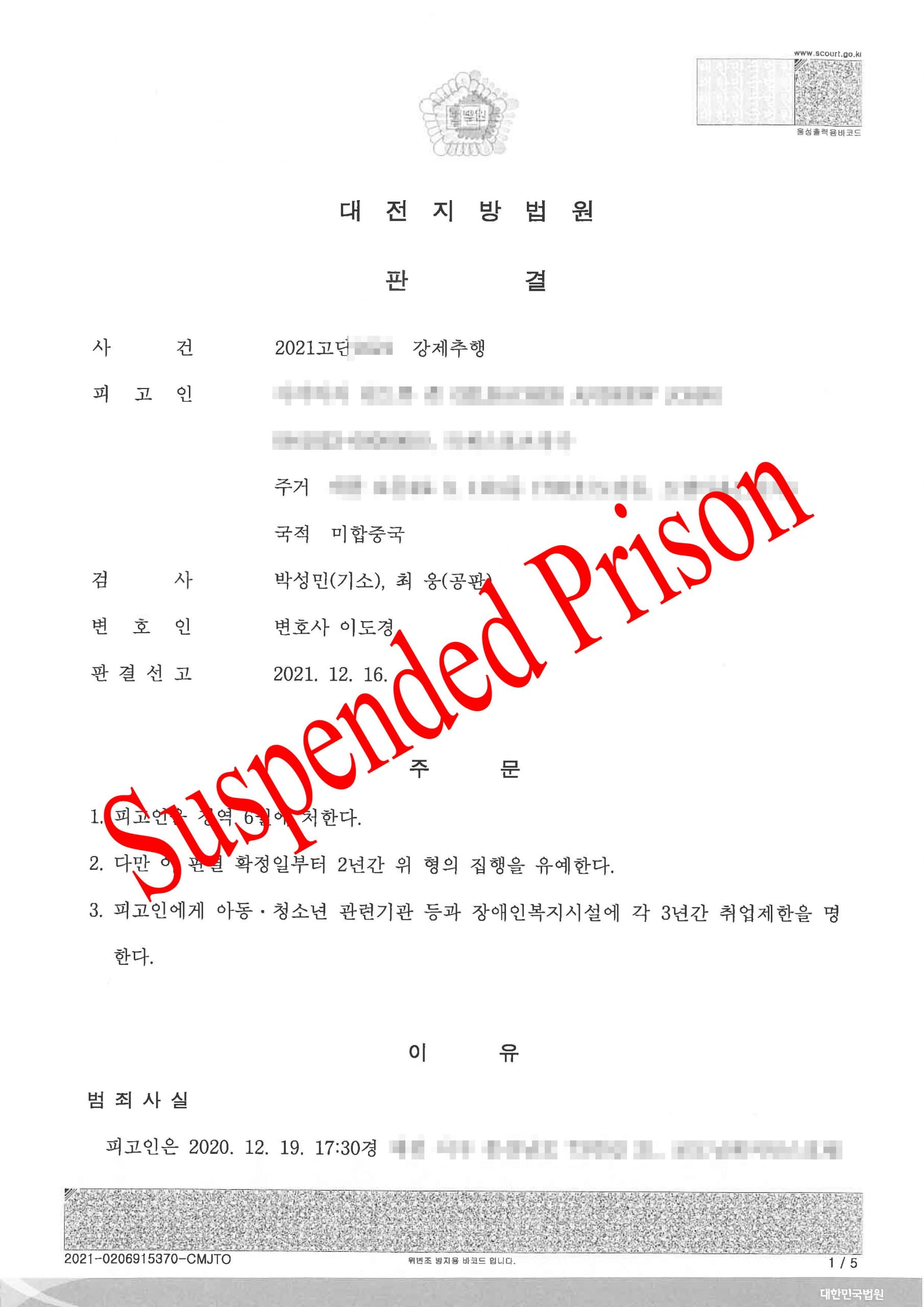 In a state of delirium, the client called the victim to a hotel room and forcibly molested the victim for several hours.

It was a case that was not easy to resolve because the quality of the crime was bad and the victim refused to settle. The Imprisonment was highly expected before Pureum Law Office was engaged.

However, Pureum Law Office did its best to defend the client, helping him to be sentenced to probation rather than imprisonment by addressing the client’s mental status to the court.

In addition, Purum helped the client with immigration control after that, allowing the client to stay in Korea for humanitarian reasons.

Currently, the client is doing well with her Korean spouse in Korea without any psychological problems, and the doctors at the psychiatric hospital the client visited also judged that the client could lead a normal life.